Labels often perpetuate stereotypes which then impact how people perceive and interact with others. Using appropriate terms when describing those involved in bullying can help in recognizing that bullying is about behavior, which can and does change. 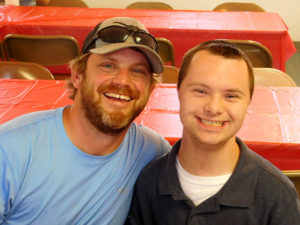 Recognizing the Person First, Then the Disability or Difference

What is the proper way to speak to or about someone who has a disability? The answer is to speak in the same way you would anyone else. In speaking or writing, remember that children or adults with disabilities are like everyone else—except they happen to have a disability. When referring to an individual with a disability, always begin with a “child, student, adult, youth, person, or individual.”

When referring to an individual with a disability, always begin with a “child, student, adult, youth, person, or individual.”

Say “a child, an individual, a young adult, an adult, a student, or a person” with a disability.

Have you ever heard something silly, unfamiliar, awkward, or misunderstood described as “retarded?”

A lot of people use this word, but many don’t really understand what it means. Did you know that “retarded” is simply derived from an old-fashioned medical term for people with intellectual disabilities? Yeah, it was mental retardation. It was just a word used to describe a medical condition like “asthma or pneumonia.”

But now, the word has morphed into something negative and offensive. It’s used to insult someone or something considered to be lesser in some way. And while the people who use it might not even know about its history, it’s still linked to people with disabilities. That means that when someone uses the word “retarded” as an insult, it is degrading to people with disabilities.

The way we speak helps us and the people around us shape their opinions. If you use “retarded” to refer to things you dislike or make fun of, you’re creating an environment that perpetuates negative stigmas about people with disabilities. You’d probably never directly call a person with a disability those things, but every time you use “retarded” as a synonym for something negative, you’re putting them down.

Now that you know more about the history of the word “retarded,” how will you react next time someone uses it around you?

It’s not easy to be the person who says something isn’t right. It takes courage to say something to your friends that may not be what they want to hear. But it’s important that people understand the power of words and their impact. You and your friends can lead this change. Stop using the “r-word” today.

Essay — The Short Bus Stops at My House 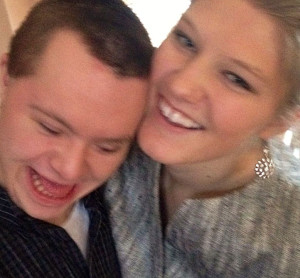 This essay, written by Laura, as an 18-year-old for her 17-year-old brother David, illustrates the powerful bond of siblings. It is illuminates the power and importance of language and how what we say and hear shapes our perceptions.

It’s funny how the length of the bus you ride has the ability to define you as a person. Personally, I rode the regular sized bus, the one the “normal” students rode to school. However, there was another bus that happened to stop at my house every weekday morning. The… short bus, “the retard racer”, the bus that was transportation for my brother. Yes, my brother rode the short bus and will forever be the root of some kid’s immature joke. Or even worse the root of some adult’s joke. My brother is defined by his transportation of getting to school.

After reading the essay, consider the following classroom discussion questions:

Special thank you to Laura Hertzog for sharing her essay.

Have you ever heard someone use the word “gay” to insult someone else? Sometimes it’s meant to comment on someone’s sexuality, but other times “gay” is used as another word for “stupid,” “uncool,” or “bad.” Some people think that it’s no big deal to use “gay” as an insult – that it’s just a word. But using the word this way can be extremely harmful.

Imagine that you were someone who identified as LGBTQ. How would you feel if you heard someone use “gay” as an insult? Your identity is being used to put down someone else. It’s like if you were from America, and you heard someone say, “What a stupid thing to do; that’s so American.” It would hurt a lot. It might make you hesitate to tell people that you’re American, because obviously if they use it as an insult, they don’t think it’s a positive trait. Using “gay” as an insult implies that being gay is a bad thing, something no one would want to be. Using someone’s identity to insult another can be really hurtful, and it certainly doesn’t create an accepting community.

What does this have to do with person-first language? It shows that person-first language doesn’t just apply to disabilities. It’s a way to think about other people, by always remembering that they aren’t defined by any one of their characteristics. A person isn’t defined by their race, sexuality, gender, ability, etc.; every person is a unique combination of characteristics. It’s important to remember that even if someone has opinions that differ from yours, they’re still a person – and they still deserve respect.